Support our efforts to Promote Community, Health & an Active Lifestyle

Jackson Ski Touring Foundation is a nonprofit tax-exempt organization under the U.S. Internal Revenue Code. Your donation is tax deductible to the extent permitted by law.

Contributions from supporters like you make it possible for us to go beyond the ordinary. A trail network and fleet as extensive as ours requires year-round maintenance and significant capital investment just to stay in place. Your generous and thoughtful donations help differentiate JacksonXC and make it possible to offer ski experiences to under-served populations, and a greater diversity of trail experiences to everyone than would be feasible with a conventional, “strictly business” mode of operation.

We welcome your contribution in any amount. 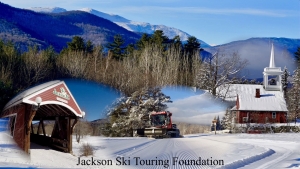 The Jackson Ski Touring Foundation is a 501(c)(3) nonprofit organization and qualifies for contributions made through a Donor Advised Fund.

If you use a Donor Advised Fund to contribute to charitable organizations, please consider adding the Jackson Ski Touring Foundation to the list of organizations you support.

Many corporations match the gifts their employees give to nonprofit organizations. These matching programs extend the reach of corporate giving while encouraging employees to be actively involved in nonprofit organizations in their communities.
When you make a donation to Jackson XC, ask your personnel office if your employer offers a matching gift program. If so, complete their matching gift form and send it to:

In-kind gifts include physical assets in lieu of cash. Examples of in-kind donations could be collections, equipment, books, software, skis and other personal property given to Jackson Ski Touring for its use or for liquidation. Gifts-in-kind valued in excess of $500 should be accompanied by a deed of gift and the fair market value as determined by the donor.

If you are interested in making an in-kind gift to Jackson Ski Touring, please contact us to determine if the gift fits our current needs.

Our trails and capital fund is the other most important aspect of our fundraising efforts. You have come to love JSTF because of our extensive trail system that is groomed to perfection daily. Though we already have incredible trails, they sometimes need to be relocated due to resource issues, bridges age and weaken, Pisten Bullys get tired and need to be replaced and lands need to be protected through executing stewardship plans and conservation easements. The useful life of our equipment and bridges is predictable, cyclical, and replacement can and is being planned in a regular sequence. Each is a capital expense which even in the best of seasons, sales of daily and seasonal passes couldn’t come close to funding. It’s a fact of life — money makes capital planning work. Not visible, is the work of Jackson Ski Touring’s board of directors in making sure the Foundation has all the equipment the staff needs to accomplish this task — not only this year, but for years to come. Providing the capital equipment JSTF needs to make your skiing great depends on your willingness to invest in JSTF beyond your trail pass or yearly membership. Every dollar you give is a real investment in your enjoyment of all the best JSTF has to offer.

In 2015, Jackson Ski Touring Foundation and the ski community lost a devoted friend, supporter, and Board Member.

Charlie was born in Boston, MA, and attended the Holderness School and Williams College.

He joined the US Army Biathlon training unit in Alaska and won the 1965 National Biathlon Championships.

He was on the 1968 Olympic Cross Country Team, skiing the 30 km and 50 km events in the Grenoble Winter Games. He served as the Nordic VP of the USEASA and was the Vice-Chairman for US Biathlon.

He was also an active member serving on the board of the Jackson Ski Touring Foundation.

The Kellogg Family has asked that donations be made to the Jackson Ski Touring Foundation’s Charlie Kellogg Memorial Fund. 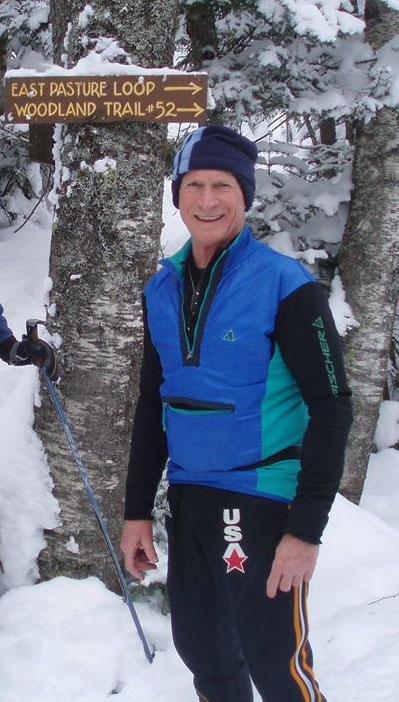